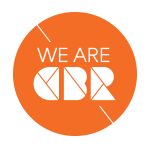 Phil Keed talks about how the Irwin Racing program has developed over the past two months. While to Tekno Autosport has been undergoing its own series of changes, Tim Newton has updated Inside Supercars on the teams rebuild following both Adelaide and Phillip Island.

Phillip Island provided an interesting backdrop for many of the issues in Supercars. Roland Dane (Red Bull Holden Racing Team) discusses his teams performance over the weekend along with his thoughts on the Phillip Island Pitlane. Brad Jones (BJR) spoke to Tony Whitlock about Parc Ferme, and centre of gravity. Craig Revell spoke to Brad about how the team reviewed their performance, and on shutting pitlane during the safety cars. Ryan Story tells Tony Whitlock how the team is reacting to the success of the Mustang so far, and discusses his none motorsport career.

Three of the top Australian Motorsport Journalists Tom Howard (Speedcafe.com) Stefan Bartholomaeus (Supercars.com) and Andrew Van Leeuwen (Motorsport.com) join Tony Whitlock and Craig Revell to wrap up Symmonds Plains and preview this weekends trip to Phillip Island. Along the way they discuss is the parity debate over? Should the Parc Ferme rules stay or be expanded? SVG’s win does it change the narrative of the season? Will Phil Keed at T18 provide the extra foil for T8 in their battle with DJRTP? Are short Saturday races a blight on the series? Is the T8 bounce back sustainable for the year? Where is Erebus after their first Podium and stuff up? and Have Tickford fallen back off the wagon?

Simona de Silvestro discusses her time in Australia and her Supercars experience. Ty Anderson is Operations Manager at MoTec, he explains the changes in the control for 2019. Kelly Racing Team Manager Scott Sinclair  discusses how the changes to the Nissan haven’t reacted the way they had hoped in Adelaide.